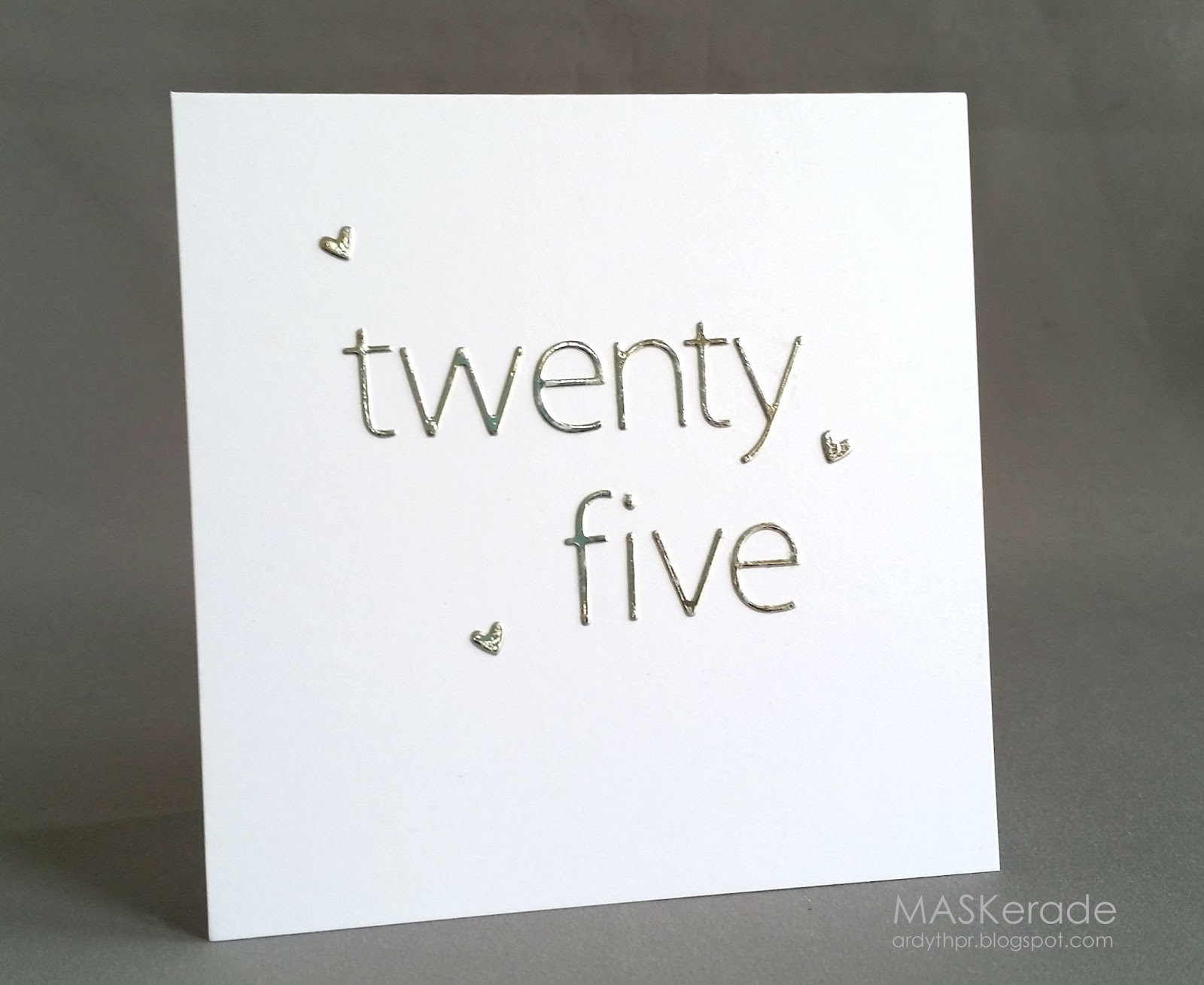 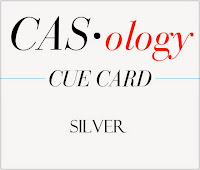 There are so many ways to interpret this cue card, but I went with a Silver wedding anniversary.

The historic origins of wedding anniversaries date back to the Holy Roman Empire, when husbands crowned their wives with a silver wreath on their twenty-fifth anniversary, and a gold wreath on the fiftieth

While I'm waiting, I cut the letters out with Memory Box Urban Lower Case alphabet and added some tiny stars. Then I started to try and get a good photo! Not easy to capture, especially with cloudy grey weather! Anyway, you get the idea!

Now it's your turn - which way will this Cue Card take you?

Be sure to check out the rest of the DT blogs for more silver inspiration!

Hi Ardyth, I really love your design. It's seriously clean and I am inspired to make something in that style. :) Thanks for dropping by at my site! Cheers!

This card is just stunning in its simplicity!

A gorgeous and perfect example of CAS Ardyth! The delicate silver dit cut letters are gorgeous. We are hitting our crowning moment this coming August! Yirkes I will have to tell people that I got married at 4 to maintain my current age--LOL

This is, of course, stunning and perfectly CAS. And, thanks for the facts about anniversaries. I did not know that. We are at 18 years, and I'll tell DH to start saving up for my crown.

Such a stunning, simple design. Love those tiny little hearts. Congrats on the 17 1/2 years! That's a true accomplishment.

Bam! Message delivered. You sure know how to nail CAS design!!! ;)

Beautiful! Three more years for me, although I don't think hubby will put a silver wreath on my head. lol Love your take on this challenge Ardyth! Hugs, Brenda

Oh!! This is divine!! Love the simple design and the symbolism behind it!!

Great idea! Love the simplicity and love how well the dies cuts the wee, slim lines of the letters - very impressive!

Hmmm... DH must have missed the silver wreath memo...

In a word, brilliant!! Hugs, Darnell

Awesome!
Thanks for the interesting info ;)

sigh.. what a wonderful card that is. just perfect :)

I Card Everyone said...