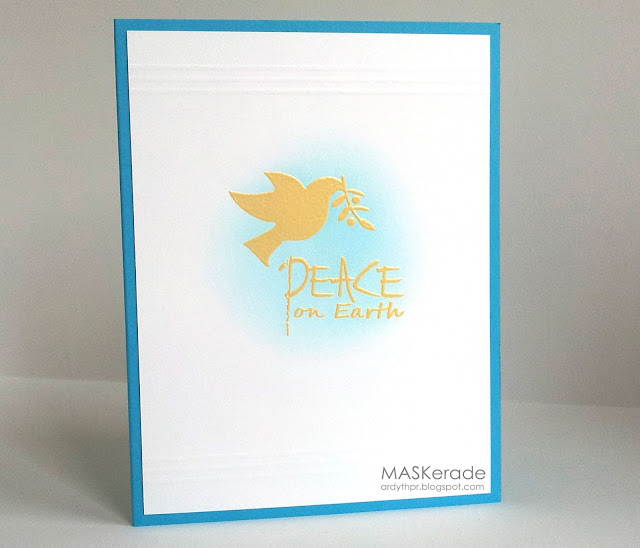 Remember a little while ago, I made this card? 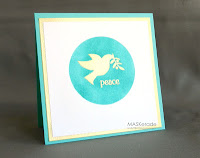 I didn't make it with the intention of it becoming one of my designs for my Church Christmas cards, but I was pleased with it and decided to adapt it so that it would be suitable.

Many of you know already that this year I'm making 300 Christmas cards for churches. Each church sends them out to members of their congregations, with a photocopied list of people of contributed to the project (the money goes to the church - I donate the cards) and a message from the church.

Because we need to enclose a list of participants, I generally make the cards a full A2 size, rather than my personally preferred 4.25x4.25 square.

To adapt this design, I did the following:

I made 24 of these in about 2 hours yesterday afternoon. (Which brings my accumulated total of Church Christmas cards to 113 for 2013!). While I love the design process, sometimes it's nice to switch over to the less intellectually demanding, more soothing assembly line process. Even if you end up with embossing powder in your hair, mouth, eyes, everywhere! lol!

I've added a new page "My Church Christmas Cards", which has most of them there (including some from past years, although many I don't have photographs of), and links to the corresponding Pinterest Board, if you're interested in seeing more.
Posted by Ardyth at 00:30