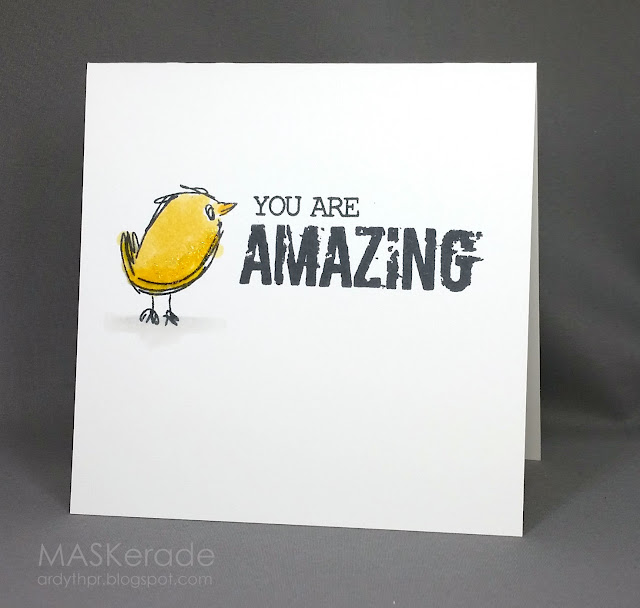 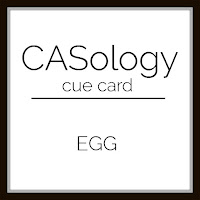 Where's the egg? Wrong question. Ask yourself "What came first?"

I used two sets from Stamplorations - Hashtag Authentic and Small Birds. The sketchy/grungy feeling of the two create unity in my design. Making this a one-layer card and leaving lots of white space make sure that it's CAS. I stamped this in Stampin' Up's Archival Basic Gray - not quite as stark a contrast as the dark black but still stamps really well.

I coloured with copics, so this is also for #thedailymarker30day.

Now it's your turn. We know (because we had a big discussion about it!) that this one will really get you thinking! And that's no yolk!