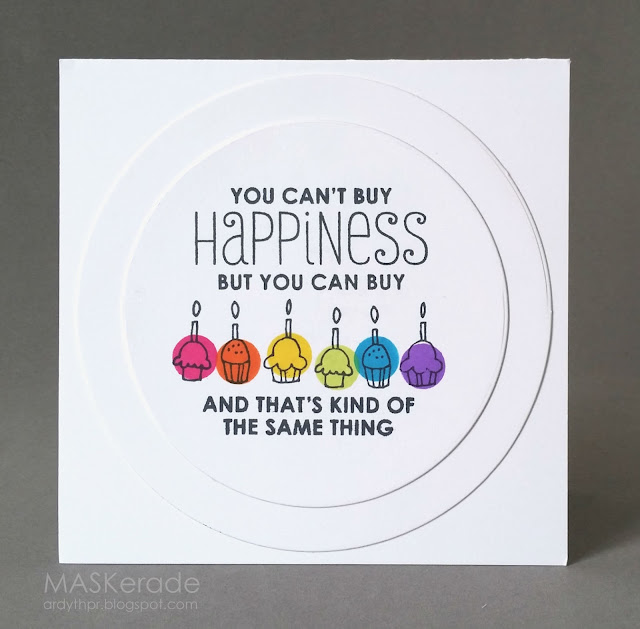 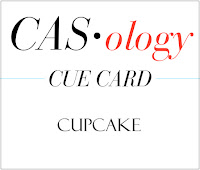 I did a couple of fun things to create this card:

1) I combined stamps. The sentiment is from Mama Elephant and actually has the word 'cupcakes' in the spot where I put cupcake images. The row of cupcakes is an old Michael's image.

2) I was too lazy to colour those tiny cupcakes, so I got out a dot stamp and stamped a rainbow. I made sure that the dots weren't straight because the cupcakes aren't straight and because I think it's easier better to make it look like they weren't supposed to be straight, rather than making it look like I tried (but failed!) to get them straight. (Do I hear an 'amen, sistah?' lol!)

3) To preserve white space, but add some interest, I matted my focal panel on white then onto a white cardbase.

Now it's your turn. Make sure to see how the other DT members interpreted this cue card: