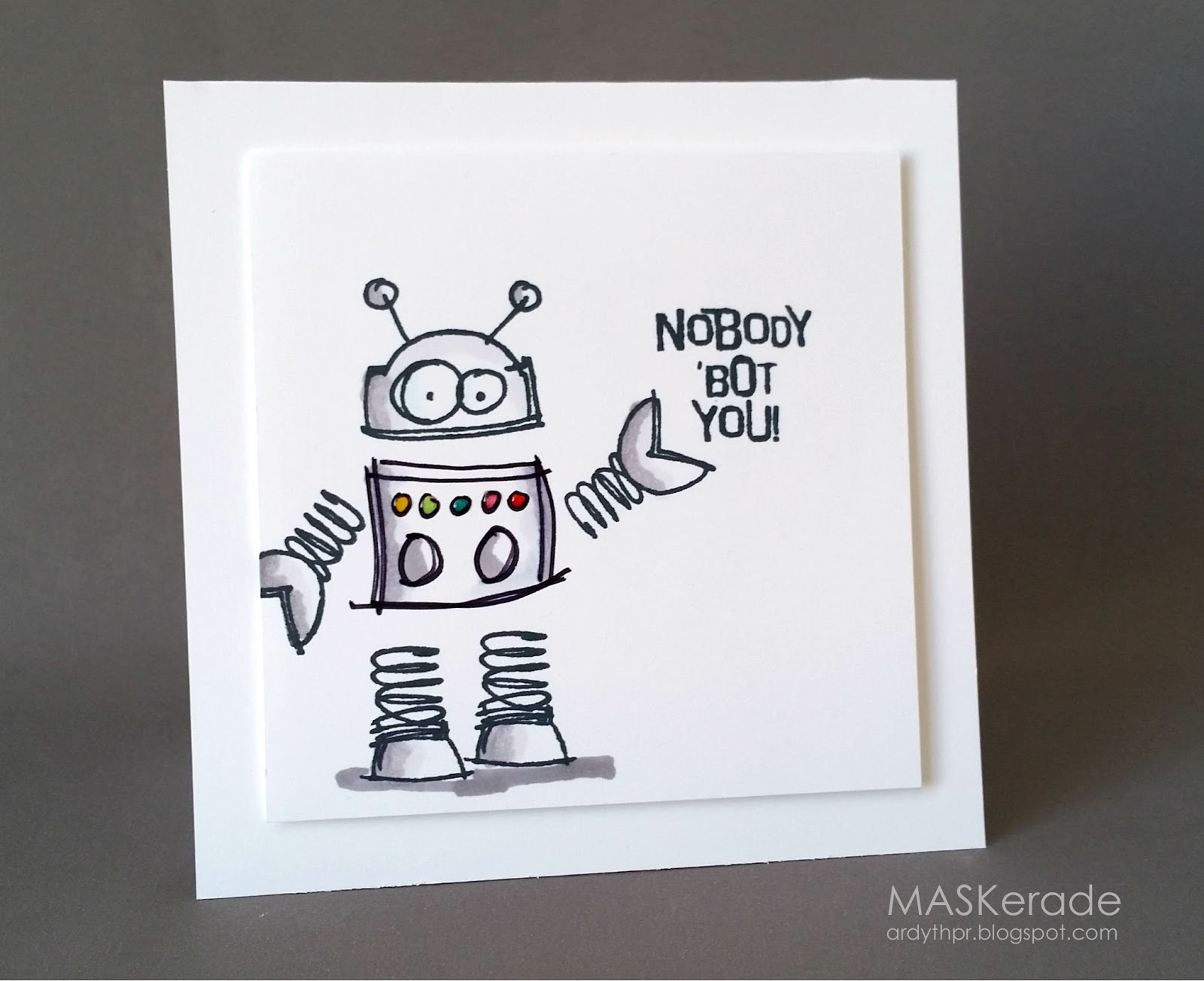 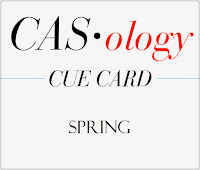 I've gone in a direction that is maybe a little unexpected. I used an old Stampendous build-a-robot set (plus a little hand-drawing for his body) to create a punny, springy card.

Now, I'm not a person who draws. That's why I stamp! But the 'body' portions of stamps that I had with this set were not quite right for the robot I wanted to build. So I took a Copic Multiliner and drew his square little body.  The sketchy, imprecise style of these stamps made this very easy.

When I was finished, I realized that this guy and his sentiment were taking up a lot of space on my main panel.

To keep the card CAS, I

1) grouped the image and the sentiment as close together as I could, starting from the bottom left corner.
2) minimized the colouring, so that there is white space even inside the image
3) popped the panel up on a white card base, to create a clear border around the panel.

Now it's your turn. Can't wait to see how spring inspires you!