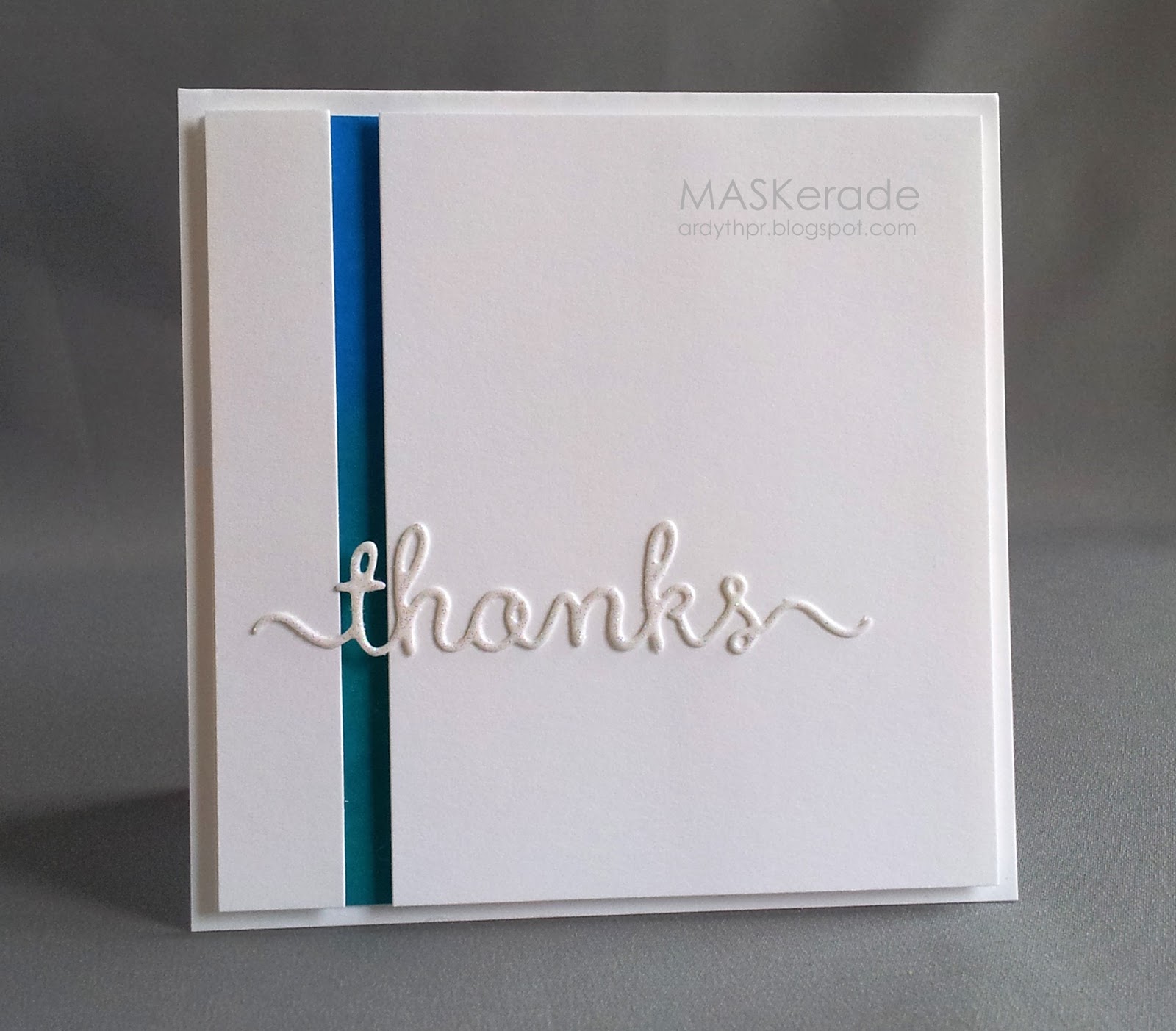 From hot pink yesterday, to cool blue today. When I saw that my friend Anita (in France) is the Guest at Time Out, I just knew I had to play along! 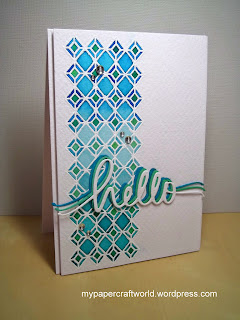 I created a masked strip of Salty Ocean blending into Peacock Feathers. The masking edges weren't crisp enough so I popped another panel on top, which gives a great shadow as well as some dimension. I used a scripty Clearly Besotted sentiment die cut and instead of adding bling, I embossed the thanks with iridescent ep.

I do like that triple-layered die cut idea - I may be back.....
Posted by Ardyth at 00:00
Email ThisBlogThis!Share to TwitterShare to FacebookShare to Pinterest
Labels: Thanks, Time Out