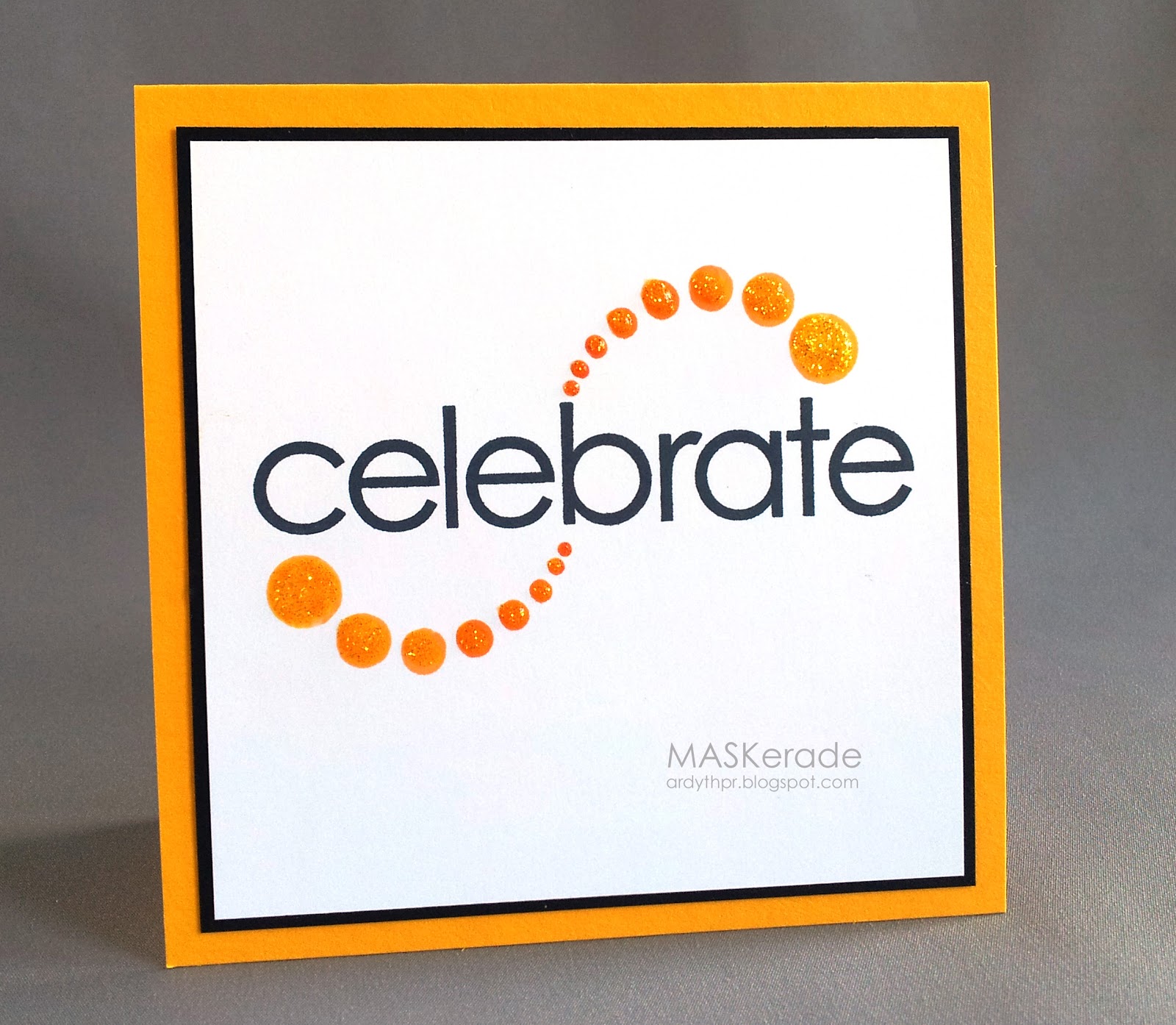 I was struck by a comment that Kelly left the other day on this post, saying " I'm always happy to hear others making more than one or two versions of their cards!"

It reminded me that design is an iterative process. You try things over and over with small (or not-so-small) differences until you get to something you like. It is, after all, only paper and ink, right?

The other day I made my first Muse card and then stopped. But yesterday, I still had this Stampin' Up celebrate stamp out so I thought I would  see what else I could do with it. This time, the swirls of dots seem to originate in the 'b'. There are things I like about this iteration - the width of the panel doesn't have to be so big, allowing me to create a frame around it with layers of cardstock.  I like the 'connection' the two swirls have through the 'b'. But one thing I didn't like as much on this one was that it's not symmetrical. In fact this design emphasizes that the 'b' is not really the centre of the word because the 'e' is hanging off the end all by itself. Moving on.... 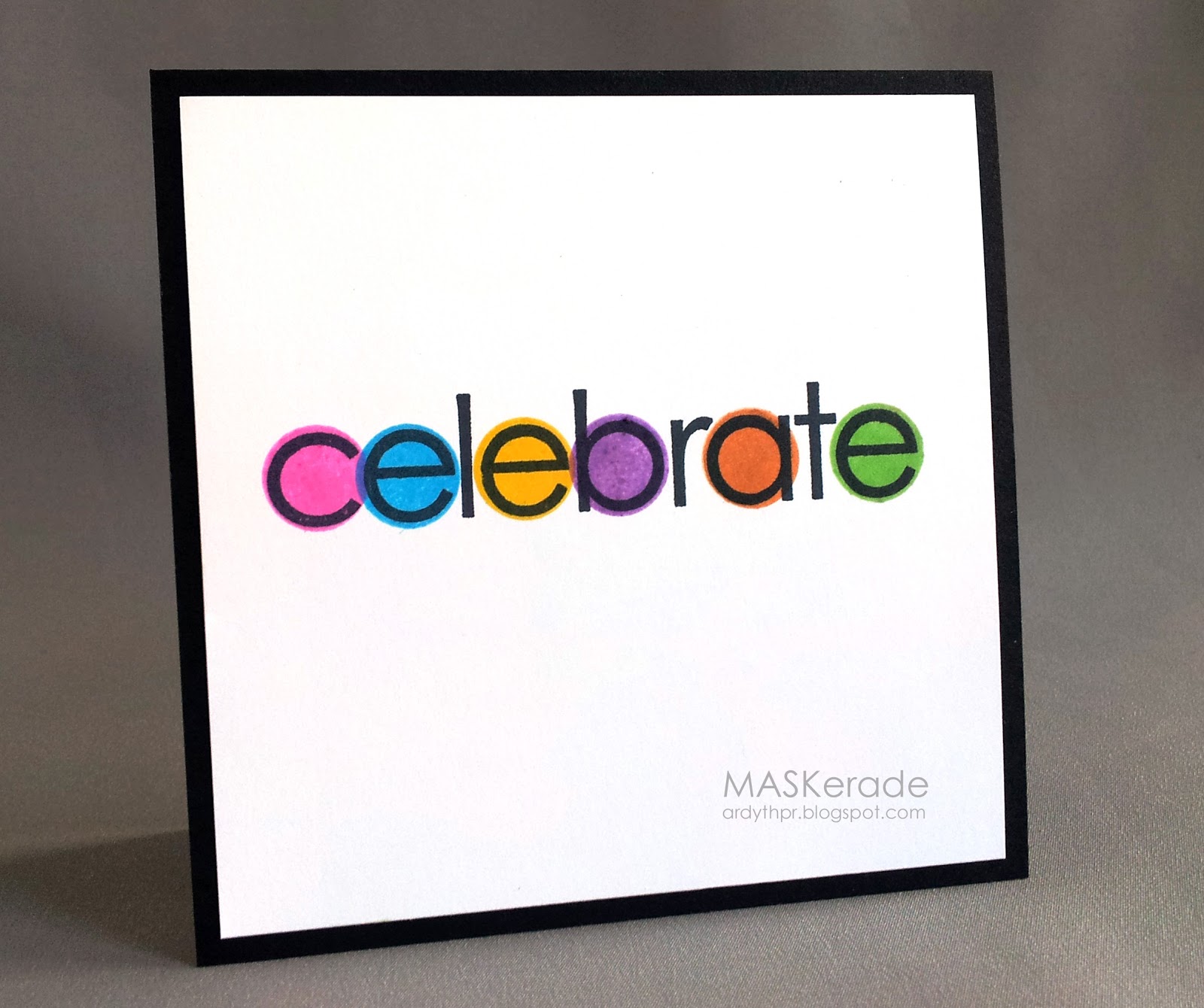 The grandparents of this card, it won't surprise you to hear, were my Muse cards (for the sentiment) and also the Christmas cards that Kelly was referring to (for the dots). I love this font with its circular letters and straight lines.  So I tried a few of these with different colours, adding clear embossing over top of the dots (NO.) and having varying success with positioning the dots where I wanted them (even now, I'm not sure about the 'a').

Anyway, I guess it's just a long way of saying that it's ok to keep trying things - some will end up in the recycling bin and some will amaze you!
Posted by Ardyth at 00:30

you are so right. all the versions speak to me in your always spot on graphic way. I love seeing variations on a theme.

If I find a card I like I too will tweak it and try variations and I like the swirl coming from the b my eye is drawn to it so dont notice that its not centred.In fact I love this card it is sooo eye-catching! X

If I find a card I like I too will tweak it and try variations and I like the swirl coming from the b my eye is drawn to it so dont notice that its not centred.In fact I love this card it is sooo eye-catching! X

Love seeing the variations of cards you created Ardyth. Design is so iterative and very, very cool!

Love to read your thought processes on these, Ardyth! So true!

Yep, I'm well and truly amazed, Ardyth! I love the new swirls card ... my eye wasn't drawn at all to the final e ... even after you mentioned it ... the frame of swirls was so gorgeous! Anita :)

Hard to believe that you have cards that end up in the bin! I love both the cards. The one with the swirls has really nice movement.

Both are beautiful, but the first is stunning! Inky greetings, Gerrina

Oh I love the first card Ardyth! So cool and that touch of glitter is prettyyyyyyy! :D