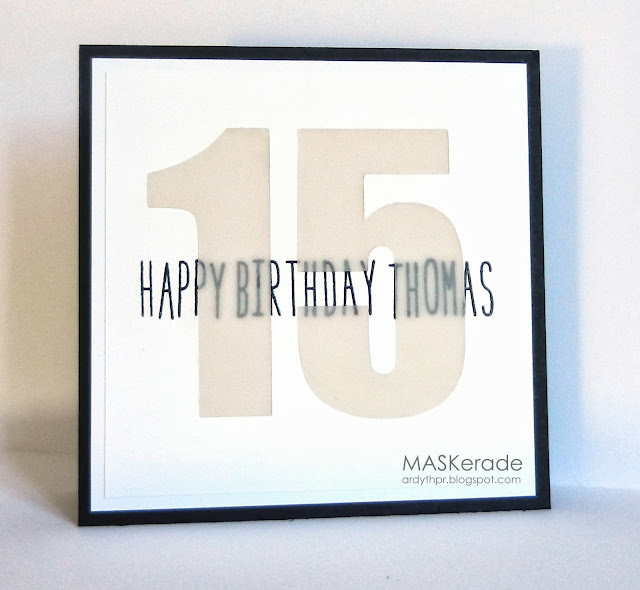 My nephew's birthday is coming (in fact, I have 5 nephews who have birthdays between October 4 and December 11, so be prepared for lots of boy birthday cards over the next couple of months!). Thomas is my eldest nephew and so an understated, sophisticated design is in order (the other 4 are turning 6 and 7 this year, so their cards will have a different feel!)

I decided to take my inspiration from the current Runway Inspired Challenge:

I focused on the partially covered spidery looking vines and chose a thin font and used some vellum to convey a similar feel.  I cut the front panel using my Silhouette and then cut the same numbers twice in vellum. I took out the white 15 and laid in the vellum 15 before stamping and embossing the sentiment (Milo's Alphabet from Lawnfawn). Then I laid the other vellum 15 on top, so the embossed sentiment is sandwiched between two layers of vellum.