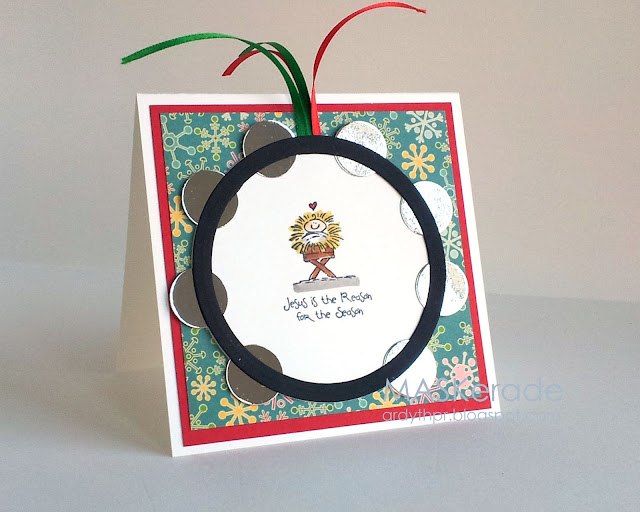 You may know that my church is The Salvation Army, which started in the late 1800s in England with a mission to help (and save!) those in need. One of the very old Army traditions was "Open Air" services - church services held out on the streets. In order to draw attention, The Army developed the bands (which you probably are aware of) and timbrels (or tambourines), which you may be less aware of.

Timbrels are biblical. Way back in the Old Testament, it says "Praise Him with timbrel and dance". Interesting that The Army embraced the timbrel, but shunned dancing! (but that's a whole other story lol!)

And here we are in the 21st century, and playing the timbrel, even in The Army, is becoming a rarer and rarer thing. In order to try and reverse this trend, I volunteered to be the leader of the young girls at our Corps (church) who wanted to learn to play.

This year, our highlight was playing for the General of the Salvation Army at a rally held in Toronto.

Look at those smiles (they had been bribed with chocolate!)

We will be playing on Christmas Sunday at our church. I like to give each of the girls a little gift for Christmas, and this year, along with the usual candy, I will give them each one of these cards (as well as some of the ladies who still play their timbrels) to remind them of how special I think they are, and of the special way in which they are sharing what they believe with those around them.

The stamp is an old Stampin' Up set (God's Children), the silver 'jingles' were cut using Papertrey's Cover plate (circles) die.
Posted by Ardyth at 00:30