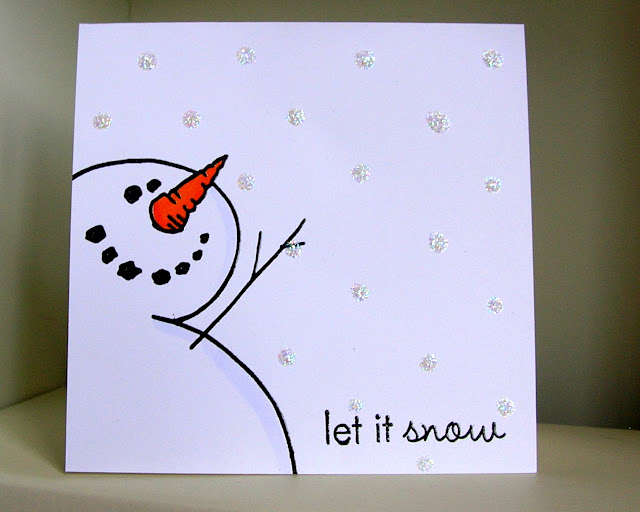 Can you believe I've never played along with Splitcoaststamper's Clean and Simple (CAS) weekly challenge? They've played 179 times without me, but I'm not letting another one go by!

This week's challenge is a sketch challenge based on this card by Darsie:

I used a retired Stampendous snowman and a Papertrey sentiment.

Ever since CASology started (have you made a CAS fruity card for this week's challenge yet?), I've been participating in a lot (A LOT) of discussion about the definition of Clean and Simple.

While there is some gentle disagreement about layers, and colours and embellishments, one thing pretty much everyone agrees on is white space. It's called white space in design, but it doesn't have to be white. There should just be enough space around your focal image to let it breathe.

After discussion with the CASology design team last week, Melissa came up with this list of guidelines for CAS cards, and posted it at CASology. 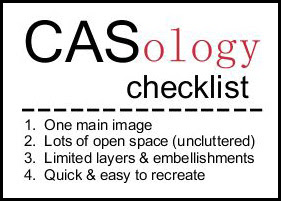 One thing I know for sure, is that CAS is just one style of cardmaking and design. There are many, many different styles and they all have their own beauty and require different skills. I love CAS, but I love other styles as well - what about you?
Posted by Ardyth at 00:30
Email ThisBlogThis!Share to TwitterShare to FacebookShare to Pinterest
Labels: Christmas, SCS Challenges